143 ART, LEONARDO DA VINCI AND THE ISLE OF PINES

Today I thought I would continue the story about our recent cruise – if you have just joined me for the first time perhaps you would like to recap in these travel & art blogs “LEAVING SYDNEY HARBOR” and  “CRUISING ON THE PACIFIC JEWEL” first. 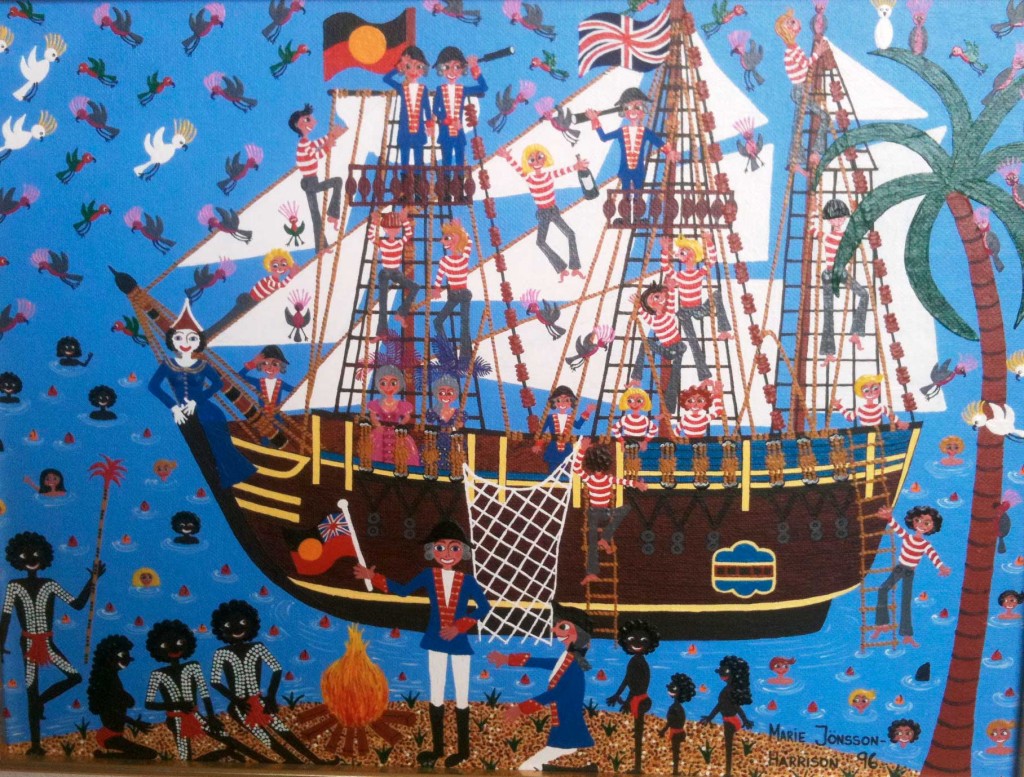 THE ART OF EXPLORATION

We first had 2 full days spent exploring every inch of the ship and I mean that literally every corridor the 6 of us like a big snake, lol.  You see we are all into exercise, the kids having grown up with a mother who jumps around like a mad woman first thing in the morning!  Luckily for me it spread to them and their partners are also on the same wave length.  So shorts and shoes on and off we went, through every one of the corridors on the ship from 4th deck to the 14th, we went up and down stairs dodging the vacuum cleaners and staff as we went.  It was real fun and we had the giggles as we all probably looked like lunatics and took turns in being the leader and deciding the way.  When weather permitted we also went up on the top deck and did our rounds up there in the fresh air too. 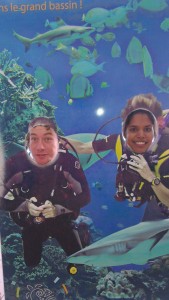 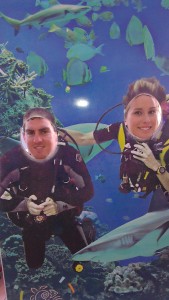 THE ART OF NOT MISSING ANY MEALS

Just as well we kept that regime up as we certainly were lining up for breakfast, lunch and dinner even when we weren’t even hungry, but who can resist!  Kai’s girlfriend Sam who was still battling a touch of nausea made us laugh as immediately she sat down she would order “chips for the table” and then proceed to scoff them down to cure the seasickness.  Lol I never saw the table get even one chip and the rest of us would have to fight to get one too!  Not that we went without food either we all had 3 course meals for the most part – oh we lived like kings!

THE ART OF THE CORAL SEA

Anyway during these 2 days out at sea we had crossed the Northern part of the Tasman Sea that merges into the Coral Sea heading towards New Caledonia.  We passed south of the Capel Bank and continued North East across the Lord Howe Plateau and into the Basin de Nouvelle-Caledonie.  In the early morning of Saturday we made landfall and passed through the Boulari Passage, a gap in the coral reefs protecting New Caledonia, through Woodin Canal before anchoring off the Isle of Pines. 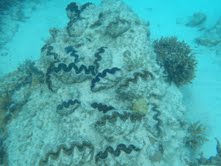 We had brekky of course and got our tickets for the tender (which is the little boats that can take 100 or so passengers at a time across to the main land).  We were all a bit excited and looking forward to this new experience the Isle of Pines.  No secret of how it got its name, it is teeming with tall native pines as far as the eye can see which to us seemed a bit unusual for what is a tropical environment.  These pines are called Araucaria conifer trees and Captain Cook was the first European to discover the island and named it the Isle of Pines back in 1774.  The painting above is of Captain Cooks first voyage down-under and was a private commission in the style of “If I could turn back time” which was made into limited edition Giclee prints.  The original acrylic on canvas painting was used for the invitation and posters for my 1993 first solo exhibition in Japan. 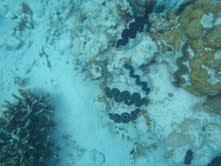 The population of Isle of Pines is approximately 2000 with French and Kanak dialects as the language and the currency was the French Pacific Franc.  The people we met were warm and welcoming and after a little look around at the handy crafts and stalls we decided to take a tour to the main village where we thought we could find a restaurant and also look in some shops.  Lol it should have been a clue to us the puzzled faces of the driver and tour leader when we told them that we just wanted to get dropped in the middle of the town and do our own thing.  Because when we finally reached the town after twenty minutes on the bus there was no “town” to speak of.  What we found was a closed post office, one town hall, one church and maybe 10 houses all in all.  That would have been fun to wonder around in for hours, haha.  Anyway the tour itself was interesting and we followed that up with another tour for a swim in a Natural Aquarium.  I have to admit I didn’t get into the water the weather was just a touch chilly for me but the others did.  Sam was the first to put on the goggles and flippers and swam out to the middle of the lagoons crystal clear waters to inspect the underwater life.  Then she came up with a flash and screamed, warning everyone there was a rock full of snakes.  The boys of course had to go and check this out and found it was only clams, as they were closed their mouths looked like wriggly black snakes.  Although I am on Sam side here, they sure looked like snakes to me to when I saw the photo!  I still have a vivid memory of my own encounter of a sea snake in this art blog “HAPPY HOUR”.

Here is a quote by Leonardo da Vinci on the subject that I think fits perfectly here;

“Marriage is like putting your hand into a bag of snakes in the hope of pulling out an eel.”