58. A Lifetime of Pix – Photography

We had a most interesting weekend recently.  I had been asked to open an exhibition for my dear friend Ted James who was celebrating 50 years of being behind the lens of his trusted camera.  It was held at the Rustons Rose Garden and Convention Centre in Renmark, South Australia. 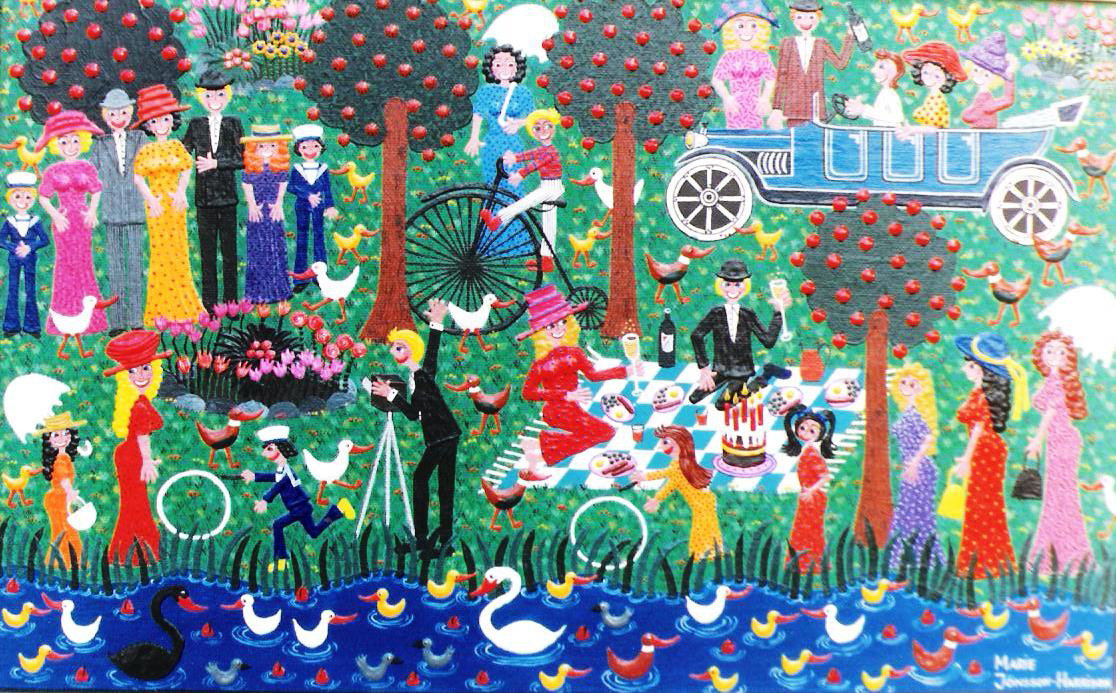 This Artwork Sold in America

I first met Ted as a 17 year old just after I had starting modelling and over the years he put me on the cover of a few magazines.  In the hectic days of fashion and glamour, Teds shoots were always very different.  They would take a whole day and involve some great locations, either down by a beach or in the middle of a wheat field just before harvest.  Ted would always pack a picnic with dried fruits and nuts, cheese and crackers and fruit juices and everything would happen at a leisurely pace resulting in some great photographs.  He also worked for the Australasian Post and Pix Magazine, Scope Magazine in South Africa as well as Pietro Press in Italy.   Ted maintains that his favourite work was photographing beautiful girls, and who can blame him, great work if you can get it eh, Ted?

By no means was Teds photography limited by beautiful girls however much of a dream job that may seem to some of you!  No, he also had many a distinguished clients, as he plied his trade from landscapes to river scenes, horses and cars, working for British Leyland, Volvo, Bank of Adelaide, and Faulding’s, just to name a few.  Of course he also did a lot of fashion work for most of the designers of the time, including Lidwien and those photographs were exhibited at the Rockefeller Centre in New York. 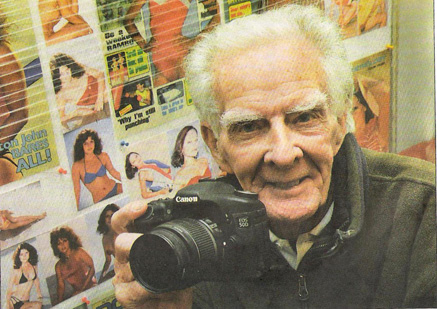 A couple of the artistic engagements that stood out for Ted  was the “Golden Couple” from Holland,  who as Ted put it were “starkers” apart from the gold paint that covered them from head to toe, whom he photographed at Noarlunga Beach.  But it was as they were driving home that they really scared some other motorists, sitting there looking like “gold statues” in the car and then they suddenly moved and looked at the car next to them.  “You should have seen the looks on those poor peoples faces, said Ted!” Another highlight in his career was photographing Swan Lake and several other Ballets for Michael Edgely and his first wife.

The most successful shot however was from a Bird of a Different Feather- a pelican no less.  As it happened I had a very small part in that too- you see it was on the way home from dropping me off to Bryan after I had accompanied Ted on another job on the Murray Explorer, that Ted stopped off in Loxton at 6am in the morning and captured that photo which then was used all over the world for the State Government and other organizations, the famous, “Pelican on a Snag” which most of you would have seen one time or another over the years.

Another of Ted’s interests is Orchid growing and I feel very privileged to just have had a flower named after me, which was a great honour.

Here is another link to a modelling story in my art blog if you fancy a look; 12. Salvador Dali and C’est La Vie

THE ART OF AGING WELL

Marie Jonsson-Harrison from Covers to Canvas!

At 83 he shows no signs of slowing down and still goes out on the river and rows most mornings before he starts work.  When we first met, Ted told me that he was going to live to a 130, and I believed him then and I believe him still, so I was not surprised when he just told me in an email recently, after I had bugged him with all my questions about his past, he said, “I am exhausted, you have put a “middle aged” man under pressure!”

Half his luck, I certainly hope that I follow his lead and Ted I wish you great success with the rest of your  “middle age”.  Just keep on enjoying Life.

And I think this saying by Peter Ustinov (actor) fits perfectly here.

“The point of living, and of being an optimist, is to be foolish enough to believe the best if yet to come”

Why not come and have a look at Marie Jonsson-Harrison’s PAINTINGS FOR SALE,GICLEE PRINTS FOR SALE and SCULPTURES for sale or WALLBASED SCULPTURES.  Enjoy an original artwork on your walls or perhaps one on your bed ARTnBED.