It never ceases to amaze me how many talented people there are everywhere and in this painting I am celebrating that fact along with the birthday of Sydney’s Opera house although “she” has had many more birthdays since this artwork was painted. 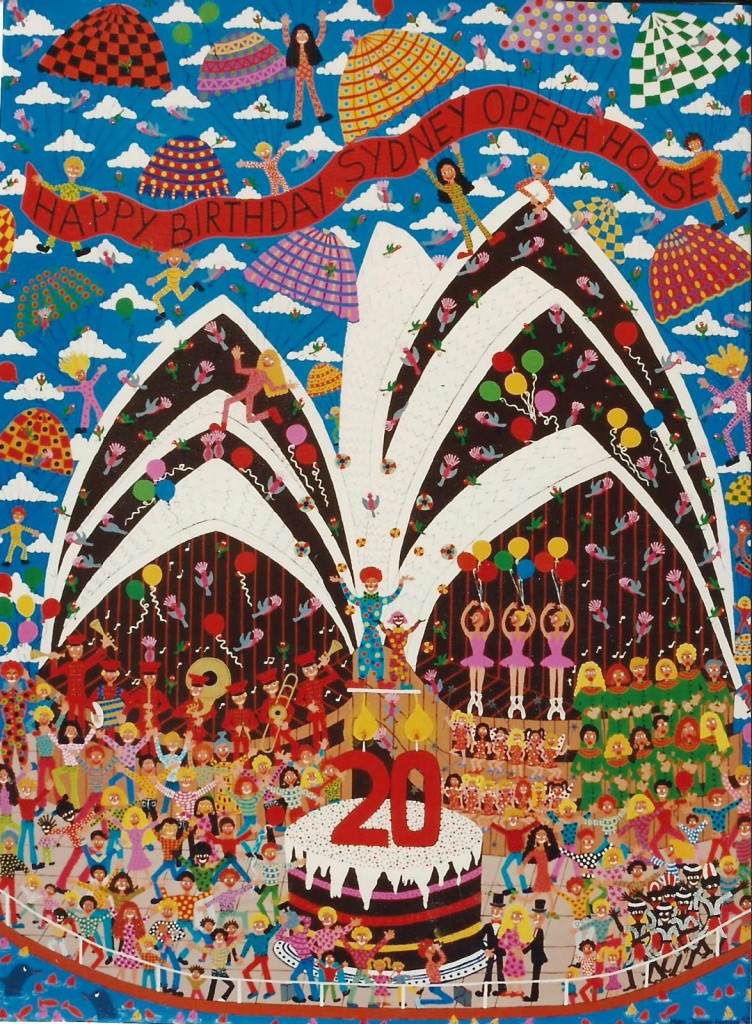 Last weekend we went back to Balaklava the country town that our kids grew up in for the Eisteddfods as our daughter Hillivi and her school friend Jed Rowland were competing.  This year was the 17th year Balaklava has hosted the competition and visitors come from all over the state to take part in the musical, theatrical, speech and drama performances.  The event is spread out over 3 days and includes a grand finale concert on the Sunday.  This year there were more than 1000 performers in 12 disciplines spread across 6 different venues and an amazing 120 volunteers assisting.  Some of these volunteers are also stars in their own right such as a former English teacher Geoff Gardner who always stars in the local Community Arts productions and is funny as a fit. The local paper The Plains Producer said; “Announcer Geoff Gardner kept the crowd amused and should’ve won an award for his entertaining witty ad libs!”

The Eisteddfod – which is an old Welsh word meaning a “sitting” but now used to describe gatherings of musicians, artists, poets, actors and crafts-people to compete, compare and learn from each other.  The town population swells to twice the normal size every August when the Eisteddfod are on, so for any budding performer eager to take part use the above link.  Many a famous performer got their start through entering the eisteddfods such as June Bronhill from Broken Hill and Sir Robert Helpman from Mount Gambier as well as Keith Michell from Port Pirie. 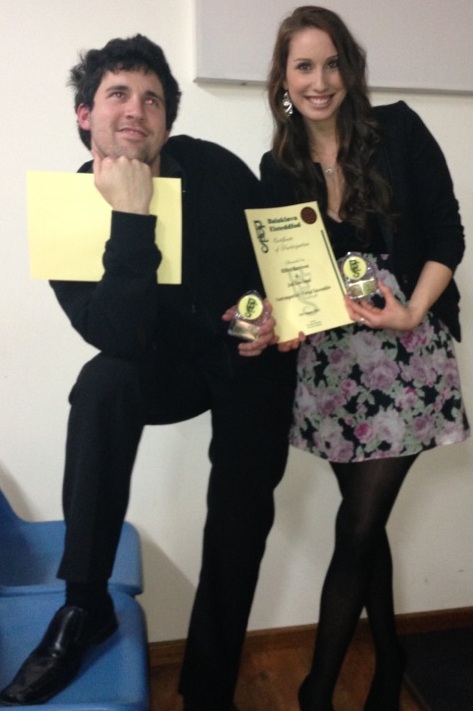 I have previously written a couple of blogs about another local boy made good; James Abberley and if you fancy a look at those art and music blogs here is some links 111. Indie music, Art and Paintings with James Abberley I’ll be a Bird and 116. Art and Music with Marie James and I collaborated on a Youtube clip which at this stage has just passed the 60.000 views which I think is pretty impressing.  Here is a link to my Youtube channel if you fancy a look as one of my other videos; Kissing Richard Branson & ARTnBED has reached 124.000 views and climbing!

CREATIVITY IN THE COUNTRY

However back to Balaklava, which is very good at producing creative people,  creativity is very much nurtured, embraced and valued which I think is perhaps a little unusual for a small country town where sports is normally the be all and end all.  Perhaps it stems from that the town was blessed with four dynamic women in Di Spence and Bronny Cottle in the performing arts and music side and Joyce Ross and Jo May to guide the visual arts. 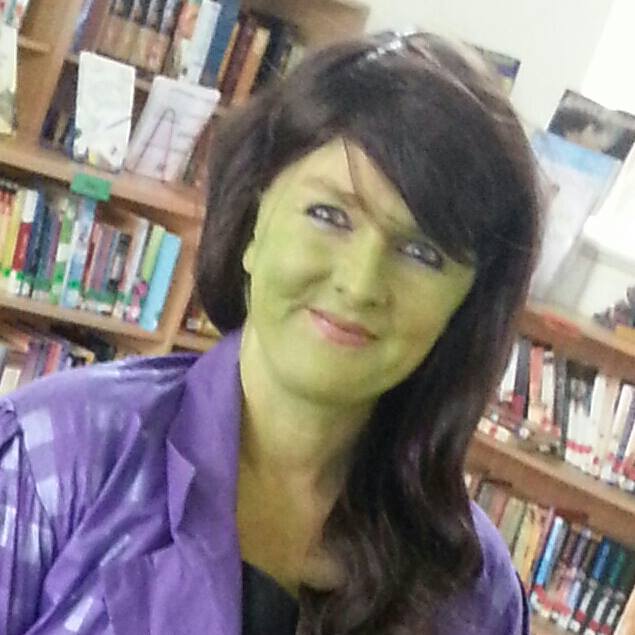 Another local performer Kelly Bickle took out several awards on the weekend and also ended up winning the Musical Theatre Solo Champion for her rendition of Wicked as well as winning the Contemporary Vocal Solo Champion where she could have given Liza Minnelli a run for her money with a song from Cabaret.  This girl should have taken off for Broadway a long time ago and I have told her as much for the last 20 or so years, but she is perfectly happy raising her family and living in a small rural town and gets her kicks from knocking the socks off the country folk at the local institute when she performs.  Perhaps Kelly is on to something after all when you look at the miserable lives some of the stars live – all that glitters isn’t gold!

So how did my daughter go then, I hear you ask?  Well she and her singing partner Jed did very well indeed says a very proud and happy mum.  They took out 3rd place in the Contemporary Vocal Ensemble section against a field of very talented ensembles with the William Fitzsimmons song  “I don’t feel it anymore”  Both of them singing and Jed Rowland also playing the guitar and the adjudicator Libby O’Donovan strongly encouraging them to stick together and do some gigs around Adelaide as she felt they had great potential.  Jed Rowland is certainly someone to watch; he is every bit as talented as James Abberley and Jed also did a fantastic rendition of Bon Iver’s Skinny Love which got him another trophy in the solo section in 2nd place.

My inspiration for my quote today comes from one of the songs Hillivi sang so beautifully on the weekend “Feels like home ” which always brings a tear to my eye, so here is John Ed Pearce’s quote which fit well here;

“Home is a place you grow up wanting to leave, and grow old wanting to get back to”