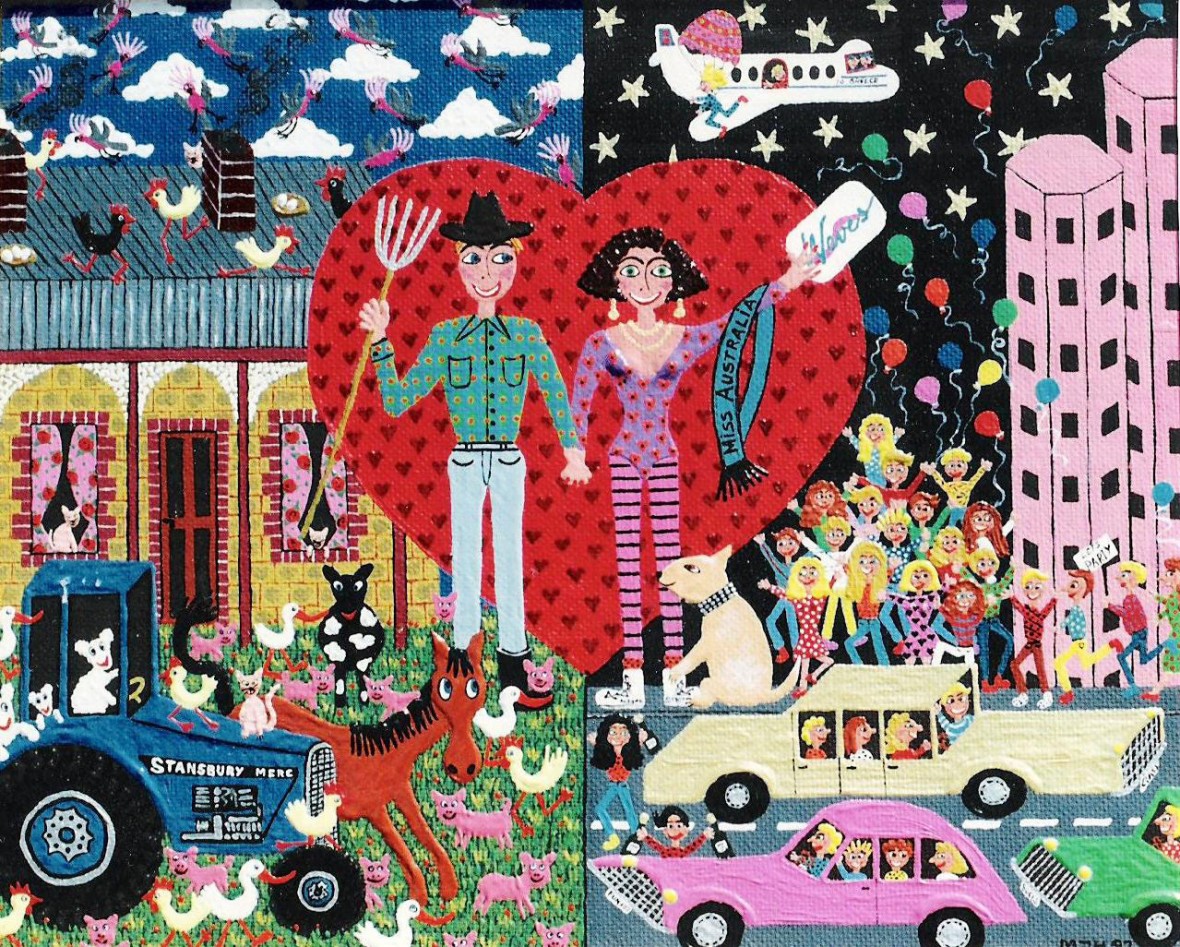 Growing up in Sweden Valentine’s Day was called “Alla hjartans day” which means “Everyone’s hearts Day” and even though the day was probably more geared towards lovers it was also a day to reflect on love in all it’s forms.  The special day became popular in the 1960s and heralded from the American culture and was heavily promoted by Sweden’s flower industry.  This acrylic on board artwork is one I painted for a wedding present for some close friends, however I am sad to say their love did not last the distance, perhaps their vastly different backgrounds got in the way after all.

But lets not dwell on that for all of us know that – you win some and you lose some!  We found when we arrived from Sweden to take up residence in Australia that Valentine’s Day was even more popular here and heavily promoted by the press in general and of course the card industry and stores and restaurants and the like.

So I think we can all be forgiven to think that it is a commercialized idea thought up by some clever marketing people from the USA.  Well that’s where we are all wrong!

THE ART OF THE ROMANCE

I was very interested to find out that it stems back to AD 496 and a priest Saint Valentine of Rome who went to prison for conducting weddings for soldiers who were not allowed to marry as well as showing kindness to Christians persecuted during the time of the Roman Empire.  He apparently signed a letter “Your Valentine” as a farewell before he was executed.  Trust an Italian man to be the first Valentine, I cannot say I am surprised, there is something so romantic about the Italians! 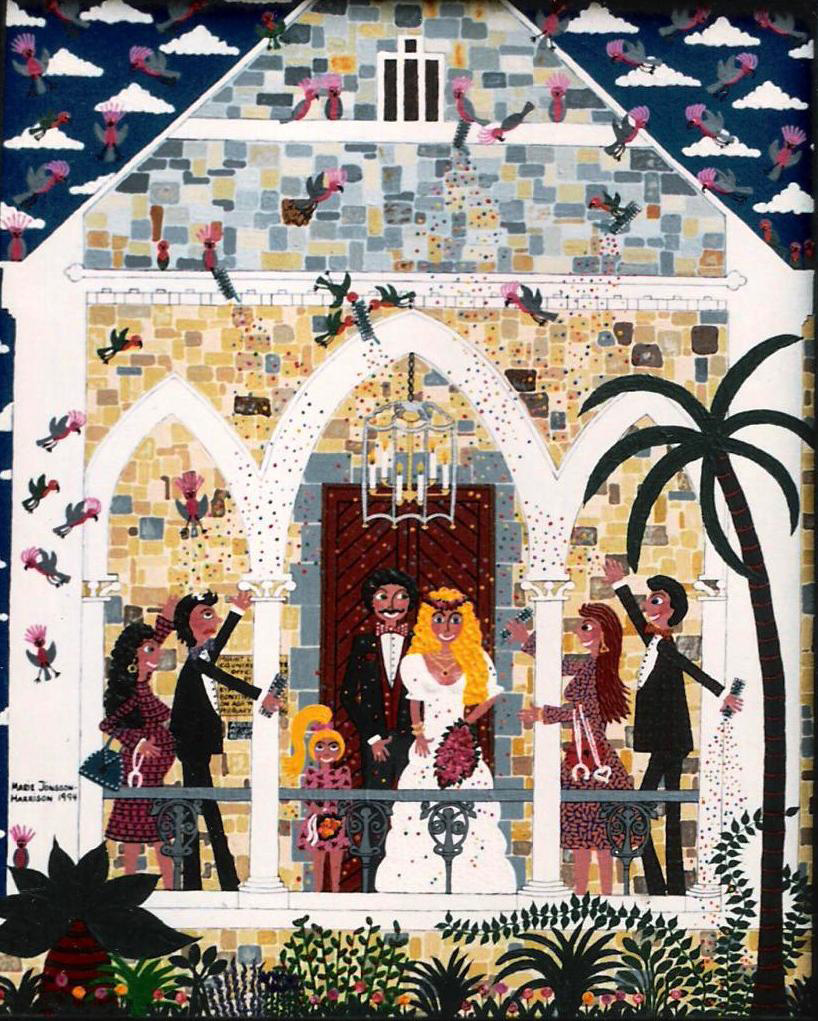 Not that all that sounds terribly romantic however the romance comes into the picture some centuries later in the 1300 England with Geoffrey Chaucer, as it was among his friends that “courtly love” flourished.  Geoffrey Chaucer was known as the father of English literature and proclaimed as the greatest poet of the Middle Ages.

Courtly love was a medieval idea of expressing love and admiration and was done secretly between the members of the nobility, an experience between erotic desire and spiritual attainment but not as a rule practiced by husband and wife and was rife during the Middle Ages.  So it does sound more like an illicit affair would be the end result?  In any case this evolved by the lovers sending each other greeting cards with hearts, doves and little cupids which has become synonymous with Valentine’s Day and in the early days handmade with lace and ribbons.   Mass produced greeting cards came along in the 1900’s.  By the second half of the 20th century flowers and chocolates became involved and then in the 1980 the Diamond industry saw the light so to speak and got us on to the idea of giving jewellery.  Oh, us girls have a lot to be thankful for!

Now of course with the internet we also have Valentine’s Day greetings in the form of E-cards and emails, it was estimated that 15 million Valentine’s Day E-cards were sent in 2010.

So I wish you all a wonderful Valentine’s Day spent with whoever is your love wether it is of the romantic variety or the gorgeous love between a parent and child, good friends or man’s best friend-your dog.  Love in all it’s forms should be celebrated I think.

Here is a quote I think fits well here by W.S. Gilbert. 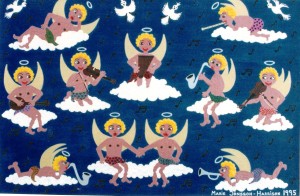 Painting of Cupids and Love

“It’s love that makes the world go round.”

Till next time happy painting and sculpting and also loving.