ART & AGING and having no regrets

I often miss my grandparents and infact hardly a day goes by when I don’t think about them. In this painting I have painted myself and my husband as we may look in our old age.  If you look on the paintings and photographs on the wall behind us, some of those are my version of actual paintings that we have on our walls that were painted by my talented father artist and sculptor Ted Jonsson. (The REAL paintings I have photographed and posted below for you to see:) 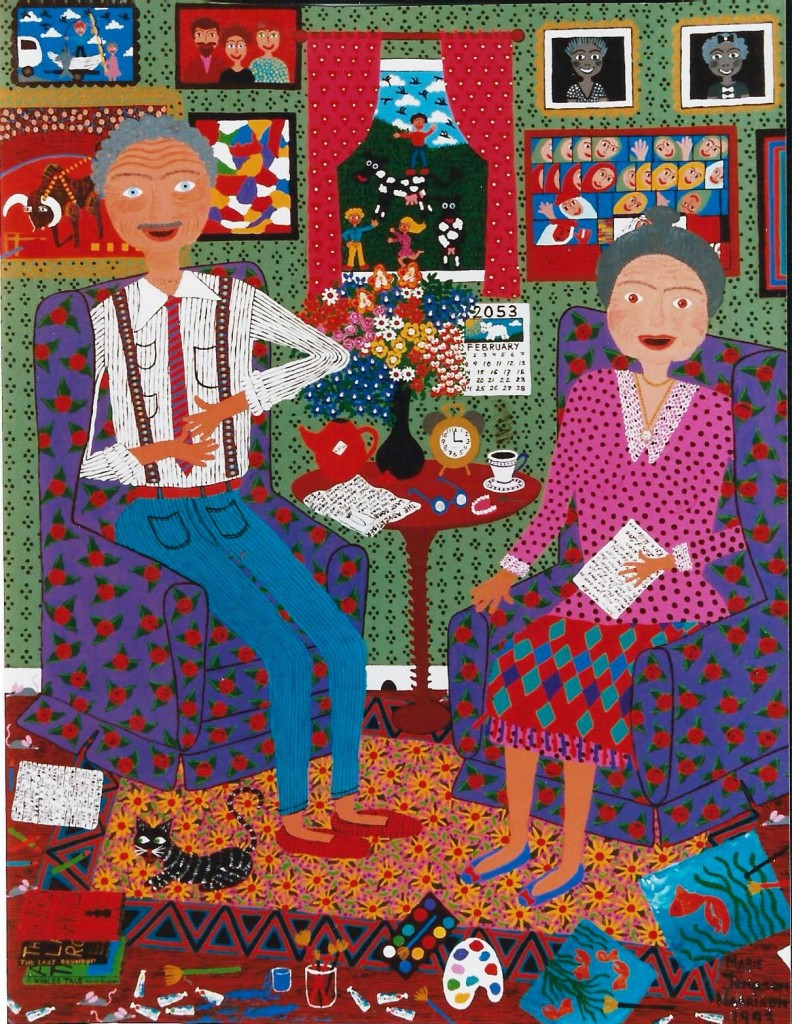 The art of retiring well

My grandparents on both sides of the family were the loveliest of people and I do deeply regret not spending enough time with them.  One reason for that was as I entered into the teenage years hanging out with my friends suddenly became really important and then the other that we immigrated to Australia and distance kept us apart.  Unfortunately by the time I had started to model and earned some serious money to go over and see them they had all already died.  If you fancy a read about our recent trip to Sweden here is a travel and art blog 167. THE ART OF LETTING GO 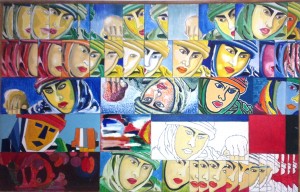 Painting by my father Ted Jonsson

THE ART OF NO REGRETS

So these regrets I have inside is something I didn’t want my own children to be burdened with and therefore spending time with their grandparents is something I have always prioritized for them.  I found a lovely article on the subject in the Saturday supplement to the Advertiser by Mark Dapin which I would like to share with you here;

“I had a drink with my grandad last week, although he’s been dead for 24 years. It was a ritual I used to observe, a pledge I’d always planned to keep: every time I found myself alone in the bar, I’d toast Jimmy. I’d think of him, and share my thoughts with him, as if he were there. Because, in life, Jimmy was always in a bar, raising his beer glass to clink with another, or lowering his whisky glass under the table to take a surreptitious refill from his hip flask.

He died the week I left England, so I couldn’t go to his funeral. For many years, asleep in my bed in Australia, I dreamed he’d ask me to go for a beer. I’d tell him I couldn’t, because he was dead. He’d say it was all a mistake, and we’d set out for the pub, happy and relieved. And then I’d wake up believing it was true, that I was still young and my grandad hadn’t died.

One night, the dreams ended, and Jimmy never came again, although occasionally in my sleep I’d find myself in the warm, dark living room of his tiny terrace house, with Jimmy asleep on his armchair and my nan perched fretfully on the lounge.

We probably stopped having our first beers together when I had children. Then I got my first iPhone, and gave up the few small spaces in my life I used to fill with memory and contemplation. I texted the living rather than drinking with the dead.

Jimmy took me for my first drink at a pub called the Mansion in the middle of a park, and I brought him his last, in a hospice as he lay dying. We had a couple in between, but too few, far too few.

There were so many things I didn’t ask him, so many answers I thought I’d never know. But as I’ve grown older, I’ve grown into him, and now I realise what his life must’ve been like, and there’re many things between us that can go unsaid.

Which is just as well, since he’s dead.

But last week I was sitting alone in a country pub, a snug steakhouse bar with a log fire, and I was about to message a friend when I remembered Jimmy, and I sipped my beer and gave him the time of night. I thought about the tickle of his whiskers as he rubbed them against my cheek when I was little, and the smell of alcohol on his breath and on his skin.

When my meal arrived, I remembered his favourite dinner (he called it “tea”) was steak and chips, and the way he’d mop up my nan’s gravy with soft slices of white bread. I could see the bubbles of fat in the gravy, taste the salt in the juice. He liked HP Sauce on his chips, and it’d been years since I’d thought of that. 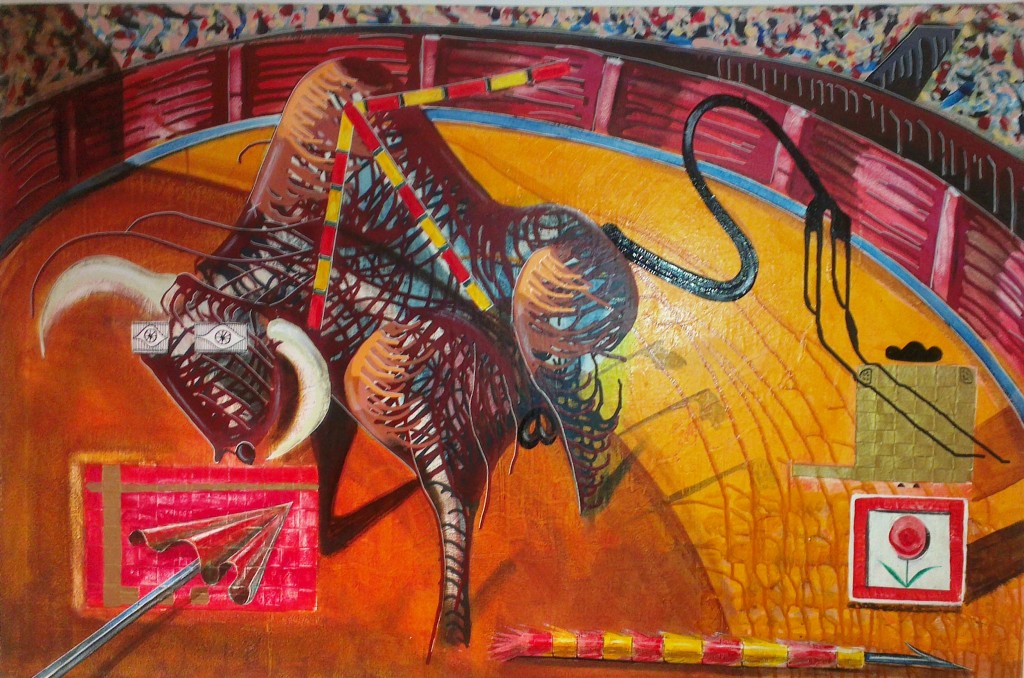 Contemporary painting by my father artist and sculptor Ted Jonsson

I tried to build a picture from there, to recall all I could about the house where they’d lived: the odd things they’d kept in their cupboards, the treasures they’d stored in their drawers. I thought of their dictionary with its section of maps and I wished I had kept it so I could look at it again.

I have so little of my grandparents: a handful of photographs, and a sprinkling of memories which fade, in truth, into memories of memories, until they become just stories I have told or been told.

They lived through the Depression, the war, the blitz, rationing, austerity and the end of Empire.

Jimmy saw children’s bodies smashed into kindling and crushed among the bricks of bombed out homes. So by the time he had grandchildren, I think he understood how fragile and temporary we were.

Across the bar in the pub I saw a boy eating out with his grandparents. I watched him ignore them as he played games on his iPad. I wanted to tell him to look up from the screen, and make himself some memories. Because one day he would need them more than he could ever guess.”

See it must be me, still got all my art supplies

An article well worth reading I thought and even though it is something we try to keep in mind I still made the whole family read it!

Here is a quote I think fits well here by Alex Haley;

Till next time happy painting, sculpting and also spending lots of time with your own loved ones.