111. Indie music, Art and Paintings with James Abberley I’ll be a Bird

So let me introduce you to a fabulous emerging artist in the Indie genre, a bit folksy and rootsy with a dash of blues, his name is James Abberley and he reminds me very much of John Butler from The John Butler Trio.

He was born the same year as my daughter Hillivi and grew up in the mid north town of Owen and attended  Balaklava High School, so it has been  very interesting to see his talent take form and start to soar.  James was given his first guitar at the age of 15 and soon learned to love playing and writing his own music.  The above Youtube video images of my paintings with James song was put together by my son Kai.

ARTS IN THE COUNTRY

Balaklava is very good at producing creative people, it is very much nurtured, embraced and valued which I think is perhaps a little unusual for a country town where sports is normally the be all and end all.  Perhaps it stems from that the town was blessed with four dynamic women in Di Spence and Bronny Cottle in the performing art side and Joyce Ross and Jo May to guide the visual arts.

Not only does Balaklava have their own art gallery “Courthouse Gallery” with monthly exhibitions  and a yearly art competition called the “Balco Awards” but also a theater group called Balaklava Community Arts which puts on major shows every year with a full ensemble which everyone from the butcher, the baker and the candlestick maker audition for. 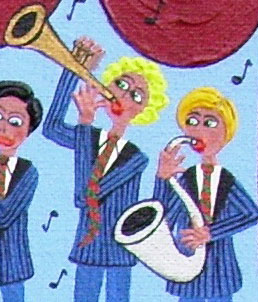 Then there is of course the Eisteddfod – which is an old Welsh word meaning a “sitting” but now used to describe gatherings of musicians, artists, poets, actors and crafts-people to compete, compare and learn from each other.  The town population swells to twice the normal size every August when the Eisteddfod are on, so for any budding performer eager to take part use the above link. 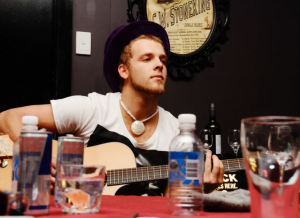 So with such a rich hot pot of creativity it is no wonder that the area keeps on producing wonderful talent such as James Abberley.  His new album is called “Some kind of Relief” and 2 of my favorite songs are Ghost and I’ll be a Bird, make sure you listen out for the fiddle playing by Richard Tonkin – just sounds so good.

James writes his own music, sings plays drums, didgeridoo and bongos, he collaborated with his sister Amanda on Green Hills and Dollar Bills where she sings backup and recorded both at home in his bedroom and at Fish Shop Studios in Port Adelaide for his debut album.

Gotye who has now gone on to international fame with his song “Someone that I used to know” and Jose Gonzales, Lior and the Butterfly Effect are some of James inspiration, and he finds that he writes mostly from personal experiences, the things he sees around him and of course about Love.

His goals are to play at the Fall’s Festival, Woodford acoustic Festival, Splendor in the Grass and of course Big Day Out and I have no doubt that he will play at all of them and then some!  For now if you would like to see James  live come down to the Governor Hindmarsh Hotel, where he has a permanent residency every Friday night. 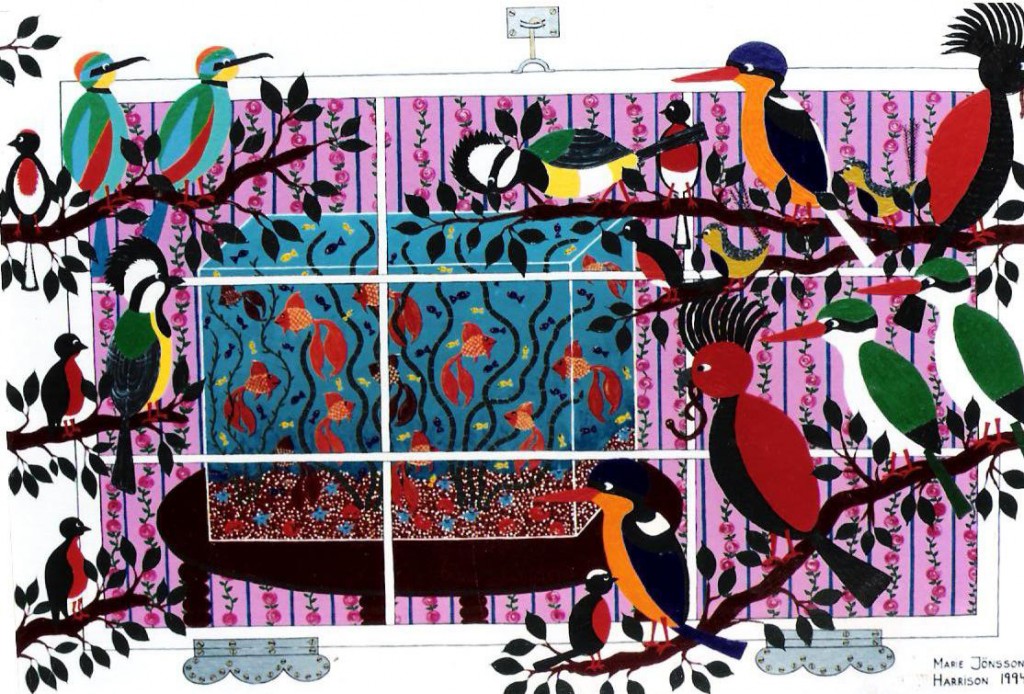 Acrylic on Canvas board

THE ART BEHIND INDIE MUSIC

Indie music or Independent music is a genre that has it’s roots in the UK and USA, and is extremely diverse with lots of so called sub-genres.  The “Indie artists” at least starts off as “outsiders” to the normal path by being independent and not attached to the major record labels. They do their own thing without bending to any rules or being influenced by contractual obligations of the music industry.     As the internet crept into all of our lives in the early 2000 it was clear that you could actually have a major hit on your hands and enjoy commercial success on your own from the bedroom so to speak, if you had the talent.  The question then to ponder is whether an artist remains an Indie artist after he/she has been signed to a major label which has happened to many, just think of Nirvana for example!  It is a little like the term Outsider Artist and Naive Artists and the problem the academics have of trying to pigeonhole us. 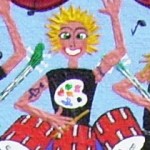 Speaking of birds, lol, James says that his song I’ll be a Bird was written in inspiration of dreams that he would have of flying.  “We all have those dreams so I thought it would be a nice feeling to recreate.  I hope that whoever hears this song can relate.  We would all love to fly” he says.

Here is a quote I like that fits in with both Indie music and James Abberley, by William Blake

“No bird soars too high if he soars with his own wings.”

Till next time happy painting and sculpting and singing,playing or whatever you love to do to you all,

If you enjoyed this music and art blog here is another you may fancy; 116. Art and Music with Marie