THE ART OF THE PARTY

Well what is all that about I hear you say, and yes for the uninitiated it does sound quite weird and have gotten many people in trouble and I have to point out, even me now as recently as Saturday night, lol. You know how you wake up the following morning and think oh boy I shouldn’t have said that!  This acrylic on board painting is of a similar night that I am going to tell you about, and now I will just have to get started on another artwork and capture this recent event!

You see we were at a very swanky “do” indeed for the Women’s and Children’s Hospital Foundation raising money for a very good cause.  Adelaide’s Glitterati were there in all their finery, Simon Bryant the renowned chef provided the meals Brenton Ragless was the MC and the girls in charge; Marta Harbuzinska and Christina Angus could not have done a better job.  It was indeed a successful night raising some $130.000 for the babies in the Neonatal Intensive Care Unit. 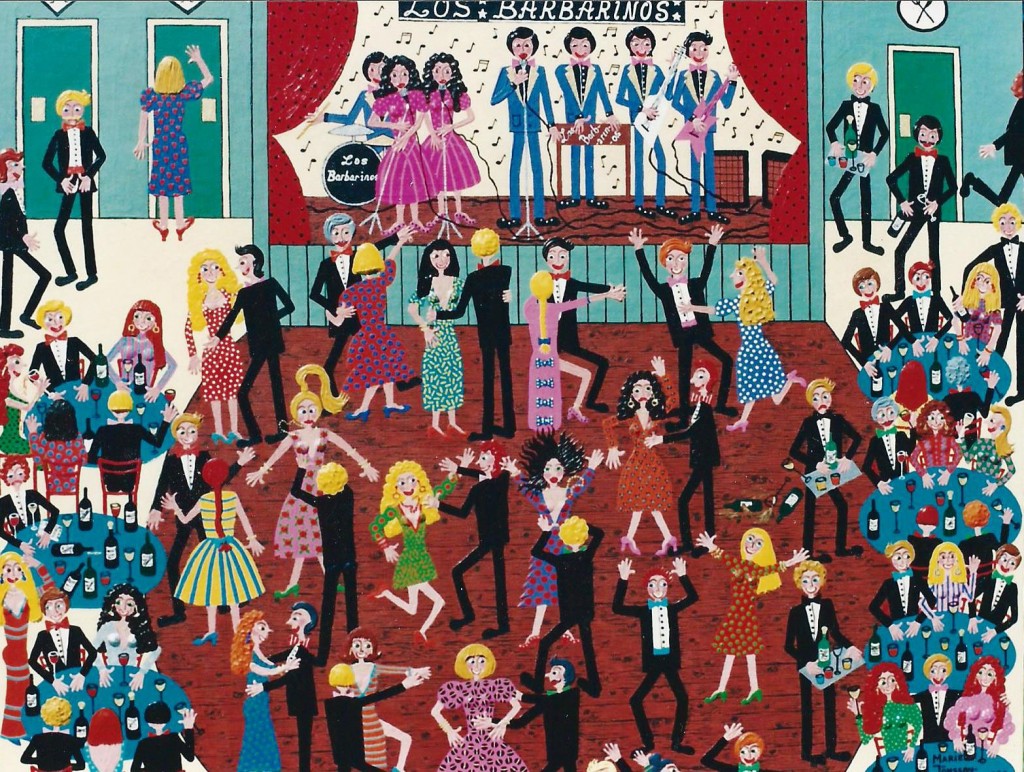 THE ART OF EAGLE ROCK

So what about the Pants Down reference about the Eagle Rock song and Ross Wilson who sings it, well here is the history about that from Hobsons bay weekly;

Since the 1980s, it’s been a regular sight at gigs for patrons to unbuckle belts and hobble around with their pants around their ankles when the song is played.

“I didn’t invent it, Australians invented it as a response to Eagle Rock,” says Wilson, who turns 65 next month.

“But in certain parts of the country, whenever Eagle Rock’s played —in bars, or uni, and it’s big in the military — they’ve got their pants around their ankles and sort of do this dance.

Wilson, whose last visit to Williamstown was about five years ago, has warned the custom may reveal itself at the RSL.

“The word’s getting out there; it’s happening a little bit more at my shows and also women are starting to do it,” he said.

“Up in Queensland, the University of Queensland, they lay claim, whether it’s true or not — I don’t think it is true but they claim that they invented it.

“So, you’ve got this thing in the student bar that one of the rules in the bar is that patrons are not to be ejected if they drop their pants to this song, Eagle Rock, but they must replace them at the finish of the song.”

Well now you know the tradition of this song and it has as I said gotten quite a few people in trouble over the years and some have even gotten arrested over it. 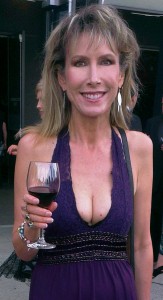 At our daughters 21st birthday party for instance the song came on and all the boys got into a big circle and dropped their pants (undies are left on of course LOL) and shuffled to the music.  At the time we had a lovely couple from England staying with us and although he was not familiar with the custom he got into the spirit of it and followed suit, much to the ire of his girlfriend who was not amused.  She had never heard of this tradition and thought it very uncouth to have her fiancé dancing without pants all of a sudden.

THE ART OF NOT KEEPING YOUR MOUTH SHUT

Which brings me to Saturday night at this fine event; we were all up dancing with a bunch of fairly new friends all having fun when local band Acoustic Juice plays Daddy Cool’s Eagle Rock.  I get into the spirit of things and tongue in cheek I say (obviously as this is not the venue for it) to a couple of the guys; Pants down!  Lol, well you should have seen the looks on their faces – they clearly had not heard of this custom and to make things worse I know some of them had read my recent blog on“Fifty shades of grey”and now thought this woman is clearly sex mad and crazy as a cut snake! 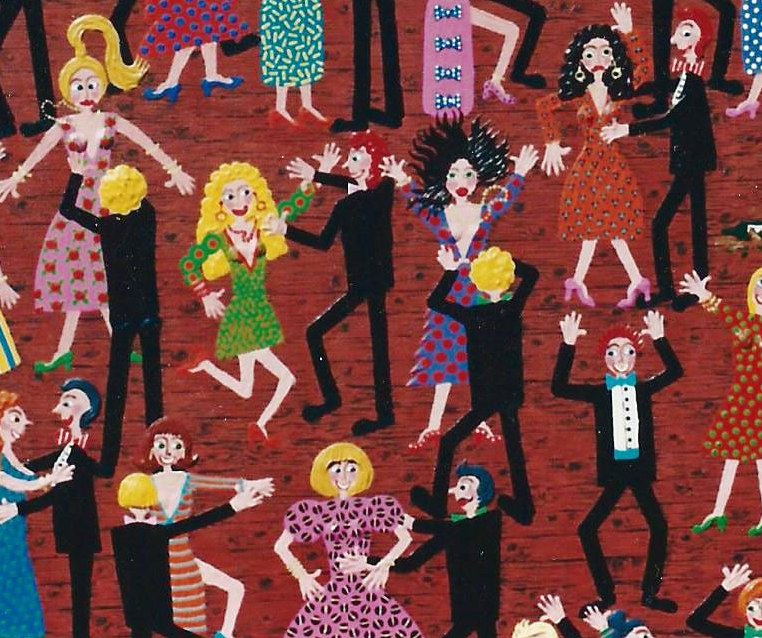 You only live once!

So here is a quote by Don Herold, which we should all keep in mind when it comes to things we should and shouldn’t have done and worry about;

“If I had my life to live over, I would perhaps have more actual troubles but I’d have fewer imaginary ones”

Till next time happy painting and sculpting and dancing to you all!