Unlike this painting, this little country town is actually rather quiet with only a population of 500 and according to Wikipedia the name is aboriginal for ‘madlola’ which means ‘place of the ground frog’.   Not that I saw anymore frogs there than anywhere else,  but maybe that’s how come I picked up the frog inspiration because I do like to paint them, for you who are familiar with my naive art.  Here is another art blog & painting where the detail of the frog above comes from 49. By the Seaside & Art

Below are two different versions of the painting “All Roads Lead to Mallala”. 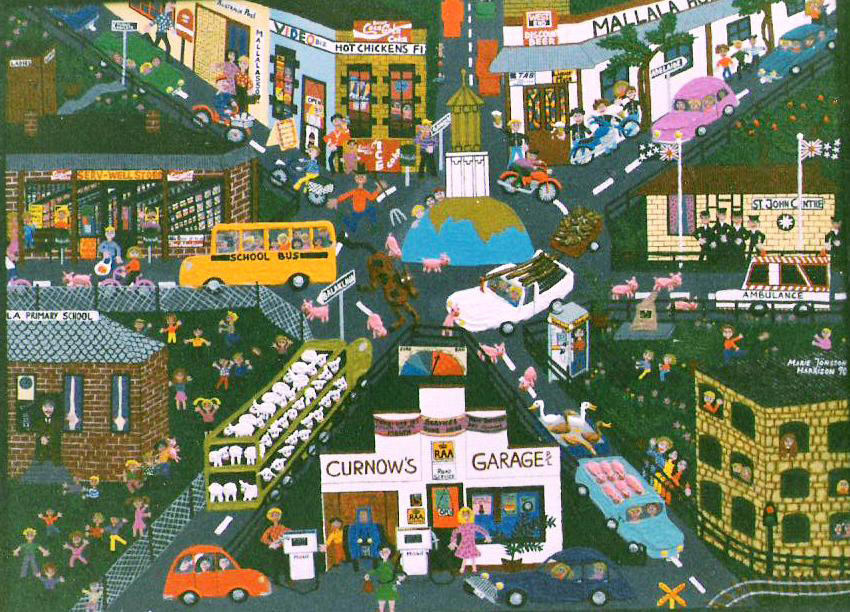 All roads meet at the Traffic Cop!

At various times in the time we lived in Mallala, there actually were both cows, sheep and runaway horses that raced through the streets,  my artistic licence is just that they did not all do it at the same time!

The yellow school bus you see is one that stopped outside our church and took Kai the 10 km in to the local primary school. 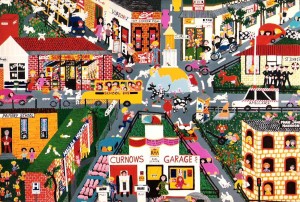 A lovely little country school with nice teachers and principal, as a matter of fact the first time I met the principal he was dressed up from head to toe in a purple monster suit, a friendly monster I should add, being the Purple people Eater on a “school dress up day”.

To me that was quite amazing, coming from Sweden where people were more stiff and formal and you would never on your life catch the principal in a dress up costume (well not during office hours anyway, I am sure they have their scandals too just like the British and their polititians in suspender belts and the like.)

This pub has been owned and run by several different owners and continues to thrive, now perhaps the most popular it has ever been with delicious meals and often a band rocking the night away, and it is a popular spot for country folk.

Mallala is quite famous in its own right for its Motor Sport Park which regularly hosts national and international car racing.

The Royal Australian Air force originally established their base there in 1939 where they used to train their pilots until they closed down in 1960 which is where the car racing now takes place. 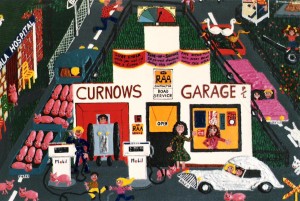 With the Air force in mind here is a quote by Toni Morrison (writer) that I like.

“Wanna  fly, you got to give up the shit that weighs you down”.

Till next time happy painting and sculpting and maybe I should say happy car racing too,