THE ART OF THE SURFER

It’s no secret that I have always loved the sea, sun and beach, however I think the real reason behind that is the handsome surfer guys, lol.  Who can resist a tanned body and long unruly sun bleached hair? See what I mean in the Hang Ten painting of surfers below. 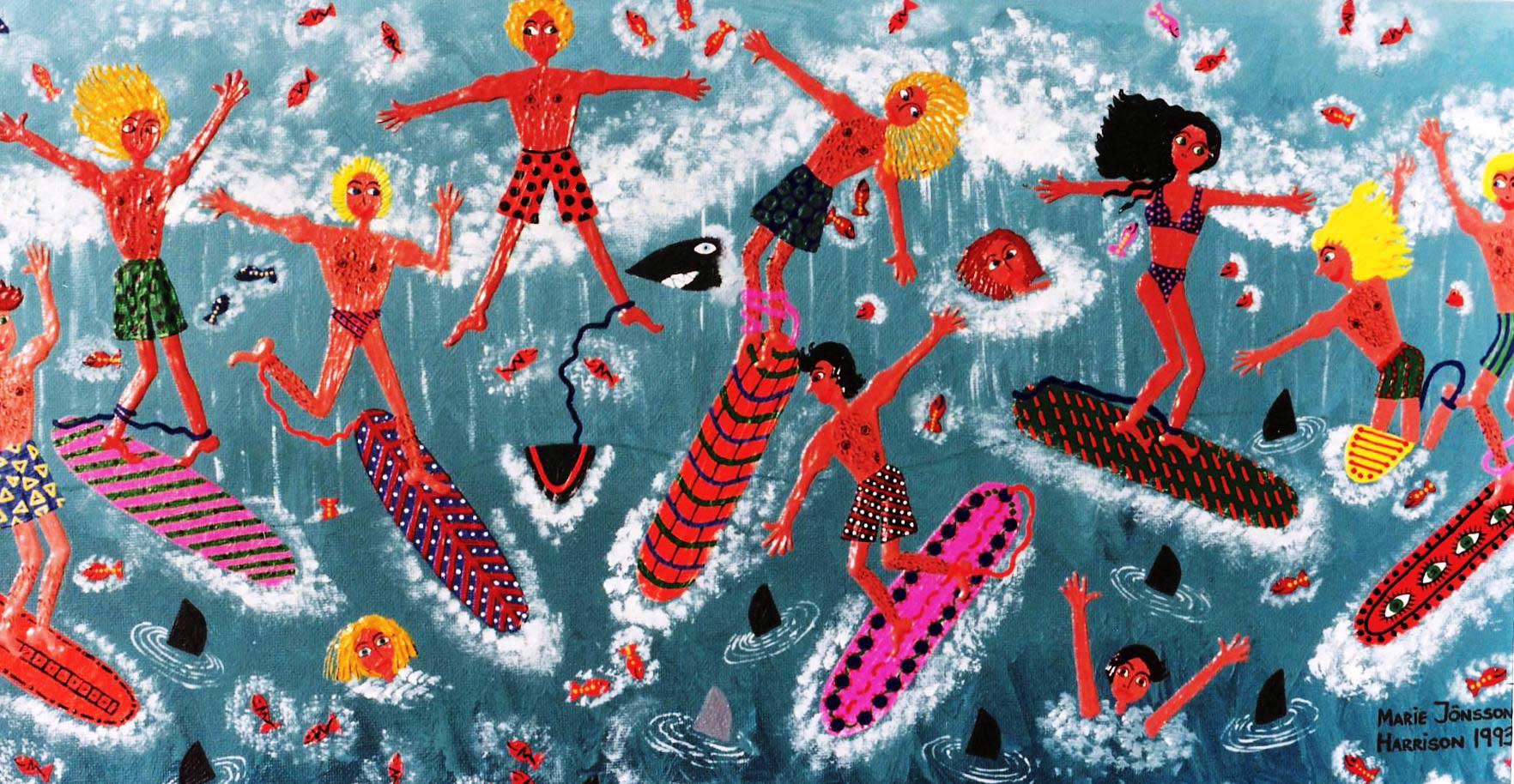 THE ART OF BEING BOY CRAZY

When my parents first started talking about moving to Australia it was the surfers I was keenest to see, much more so than any kangaroos or koalas.  I was 14 years old at the time and boy crazy, not quite sure I am over that affliction yet actually, although being very happily married I go by the rule of “Just because you are on a diet does not mean you cannot read the menu” right? 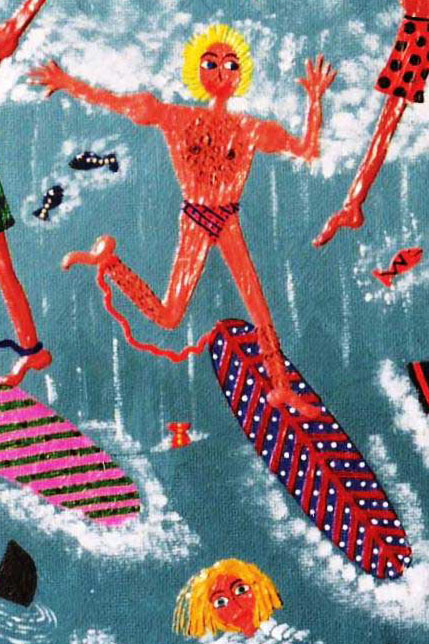 So here is my homage to all the gorgeous surfer guys past and present, this acrylic painting, sold in Japan I think (I should have paid more attention, and documented where they all sold over the years, a lot even left the art studio without me getting a chance to photograph them too, such a shame.)

My own son Kai wanted to learn to surf and on a holiday to Queensland did just that.  I have to admit I found it really hard to watch (too many movies like Jaws over the years) and Kai who was around 15 at the time and assured us he did not need the parentals hanging around cramping his style.  He went the few streets over from the hotel and enrolled in the surfing lessons with a bunch of others whilst I stayed in the hotel and bit my nails (oh the joys of motherhood!)

Anyway, we were lucky, he had a great time, learned to surf over the week that we were there and came to no harm from the sea.  He did have one mishap though but that was right after he had finished his surfing lesson.

The four of us met up at a little café in Surfers Paradise that promised a delicious Big breakfast.  We had just been served this huge plate each of toast, eggs, bacon, sausages and tomatoes.  Kai fresh back from his adventure was feeling pretty independent and when his mother “moi”, said that he should push his plate away from the edge, he took no notice (as teenagers never do, lol) but instead thought and pretty much said that I should be zip it and not stress.   Well LOL, my husband, I and Hillivi can still recall what happened as if it was in slow motion – Kai put his knife and fork down on the plate to start cutting the sausages and the entire plate tipped upside down whereby he had the Big breakfast lying rather neatly in his lap.  The look on his face was priceless and I know it would have been kinder to have pretended not to see, lol but the 3 of us just could not contain ourselves and totally cracked up and laughed and laughed and laughed.  Sorry Kai but it was really funnnnnny!

Surfing whilst it was originally a Hawaiian pursuit dating back to the 15th century first came to Australia and USA in the in the 20Th century.  It is performed whilst standing on a surfboard riding on top of a wave. These days the surfboards are usually made from polyurethane (foam) or fiberglass but originally they were made from solid wood and were much larger and heavier, and could weigh as much person.

The most popular destinations for surfing would be Hawaii, California, Florida, Rio de Janeiro, Costa Rica and Australia.  In Australia it is Bells Beach, Victoria (not far from Torquay) which has been a favorite with the surfers since 1939.  It is also where the world’s longest running surfing completion – the Rip Curl Pro Surf & Music Festival (Bells Beach Surf Classic) is held.  The first one started in 1961 and since then has been an annual event every Easter (apart from a few times when the waves have let them down).  The surfers have an Olympic wrestler named Joe Sweeney to thank for the road or track to Bells Beach.  He apparently hired a bulldozer and cleared the road along the cliff and charged one pound per surfer to recover his expenses.  (ref. Wikipedia) 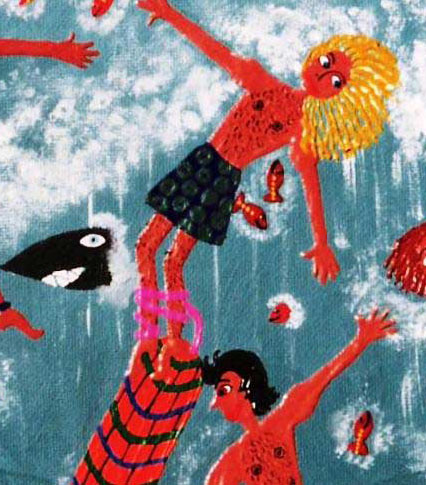 Of course most of you would be familiar with the Beach Boys and no self respecting surfer would go without having Surfin’ Safari/USA, Good Vibrations, Fun Fun Fun and California Girls blasting from their kombi vans stereos.  So the whole surfing thing became a real culture with not only a carefree way of life but also a fashion of boardshorts, singlet’s, t-shirts and thongs (flip flops).  Today businesses like Billabong have grown to become hugely popular all across the world for their surf wear clothes and accessories.  Billabong was the brainchild of ex-Maroubra surfer Gordon Merchant and started from his flat in Burleigh Heads and the rest as they say is history.

So here is a quote I like from Kary Mullis;

“Sometimes in the morning, when it’s good surf, I go out there, and I don’t feel like it’s a bad world.”

Till next time happy painting and sculpting to you all, oh and surfing,

If you enjoyed this art blog you may also fancy this one with a painting of  a nude beach 12. Salvador Dali and C’est La Vie