These three kittens in their designer bag surely are not Cash Strapped as the title of this acrylic  painting says, however if you are anything like me you probably have been at some stage of your lives. 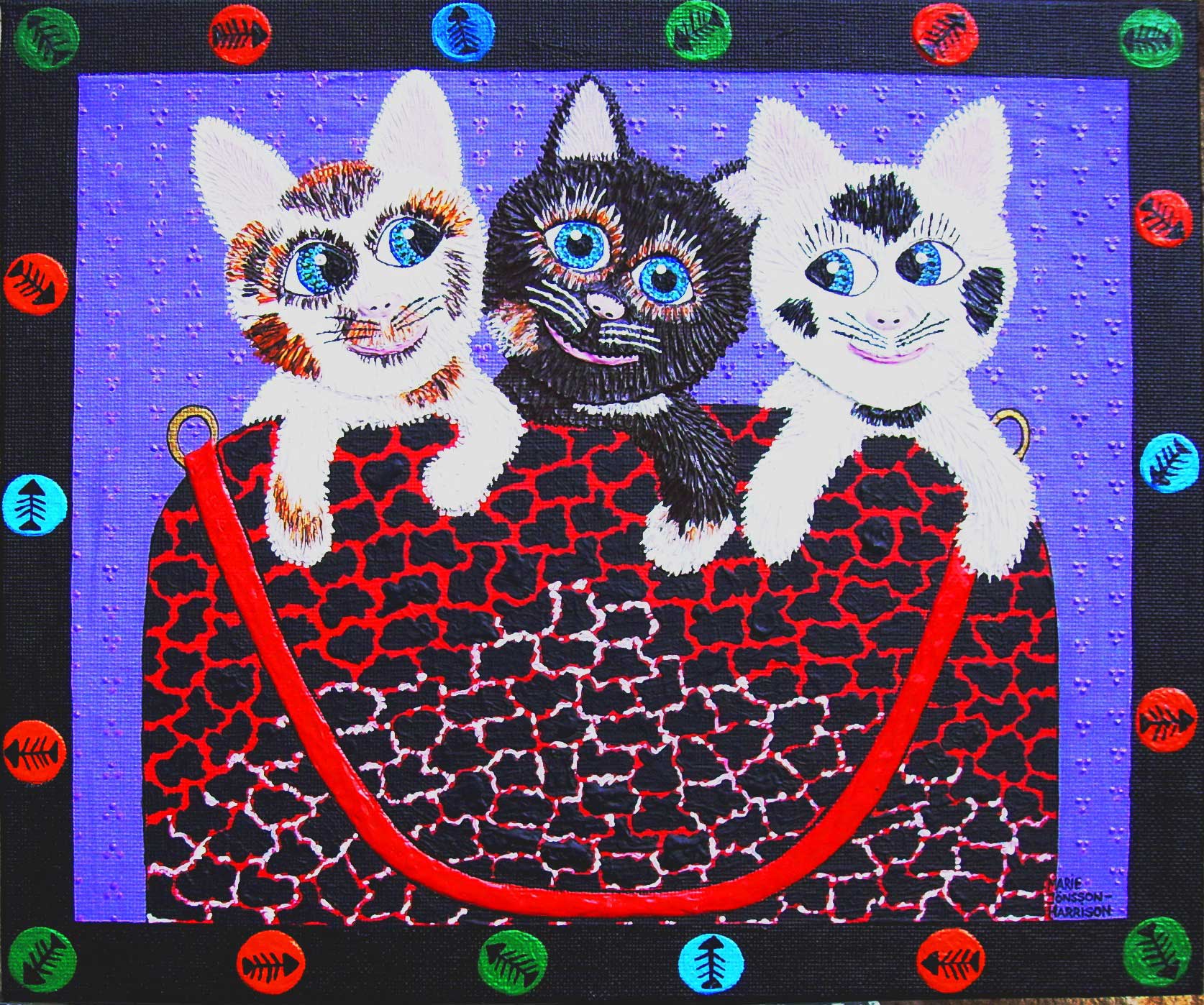 Even though at the time we certainly do not appreciate being poor, it does however in the long run become an advantage thankfully.

ART AND THE SILVER SPOON

I have seen many acquaintances that were born with a silver spoon in their mouths sadly loose it all, often because unless you have to work for it, you do not realize how hard money really is to come by.  It is said that the third generation of any business often lose all the inherited money.  They do not understand the blood, sweat and tears it takes to become rich in the first place.  Often displaying the negative qualities of a false sense of entitlement, frustration and wanting everything NOW. 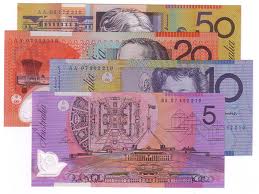 Just as well then that we do not suffer from Affluenza, sounds like a terrible dilemma, lol, but it would be nice to win lotto even so, wouldn’t it?

I recently found 30 bucks in an old jacket I haven’t worn for a couple of years and was mighty pleased and that took me back to my younger days when looking through all the jackets in the wardrobe could mean the difference between going out or not.

Which reminds me of a tale of my husband’s adventures when he was backpacking through Europe in the early 80’s with his mate Rob.   They were decidedly feeling the pinch and booked into the cheapest Pension only to immediately get scabies!  Lol well thats the story they told me anyway – may have had more to do with the bad bad women!

Another time they went out for dinner  and after a couple of drinks and a cheap meal realized that they wouldn’t have enough to cover the bill, so made a runner for it when the maitre d’s back was turned.   There was one problem which they only found out after sprinting at full speed a couple of blocks away from the restaurant, which was that Rob had left his expensive and only warm coat he owned on the back of the chair at the table, it even had his name written in it.  Well thats karma isn’t it, at least the coat would have covered the bill. LOL. (if you fancy reading more of their crazy tales here is another one 26.Looking for Lochy.)

Here is a poem by my friend Annamarie Causer which she wrote inspired by the above painting.  (More links to her work below)

My little puss eats Chappie,
Usually a doggies delight…..
….in days oft gone by.
Makes him feel serene and happy.
He’s grown muscles in places he’s no right.
And I’m positive he barked for the first time last night.

Once upon a time
We ran out of spare money,
Which in this hectic, modern life is not funny.
So opted for a cheap way to feed him.
Cats food proved
So expensive being fancy branded & refined.

Moved
By his mews,
We trailed to the market.
Yet never fear, what did we then find
At the back of the bottom shelves.
Lurking, dusty and unused….an eighties brand
We’d actually thought they’d banned.

So we gave it a try.
Candy floss coloured pink meat,
Resembling no animal we’d ever seen.
But we convinced ourselves ‘twould be a treat.
Now we regret the decision.
For the post box is manned
Each day.
As he dost lay
In wait.
His fave pastime
Come nine
Of the morning is nipping stray postie fingers
If they tend to linger
With neat precision which twould surely astound
The surest footed hound.
He does bound
Up high.
To aim and try
To catch
An unwary hand.
Copyright @ AMC 2011

If you enjoyed the idea with a cat painting and a poem  in an art blog here is a link to another one; 87 Art & It could be worse, they could be fleas

I always remember the song from Spectrum,” I’ll be gone” or “Someday I’ll have money” released in 1971 and if you haven’t heard it I can certainly recommend it as an iconic Aussie anthem of its day.  John Williamson did a later cover of it but it was written by guitarist and vocalist of Spectrum, Mike Rudd.  Here is the first verse;

Money isn’t easy, to come by,

By the time it’s come by I’ll be gone,

She also writes for a website called CRAIGMILLAR (look under Memories for Diary of a Countryside Lady) or find her on Facebook FB CRAIGMILLAR (for news, opinion, history and events)

Till next time happy painting and sculpting everyone,