I have always loved that expression, so of course I had to paint the image one day and this (acrylic on board) painting is the result.  If you look closely in the first row on the left hand side by the stage you will see me and my family, hubby and me with our arms around each other and Kai and Hillivi standing enthusiastically with their arms up looking at the stage. 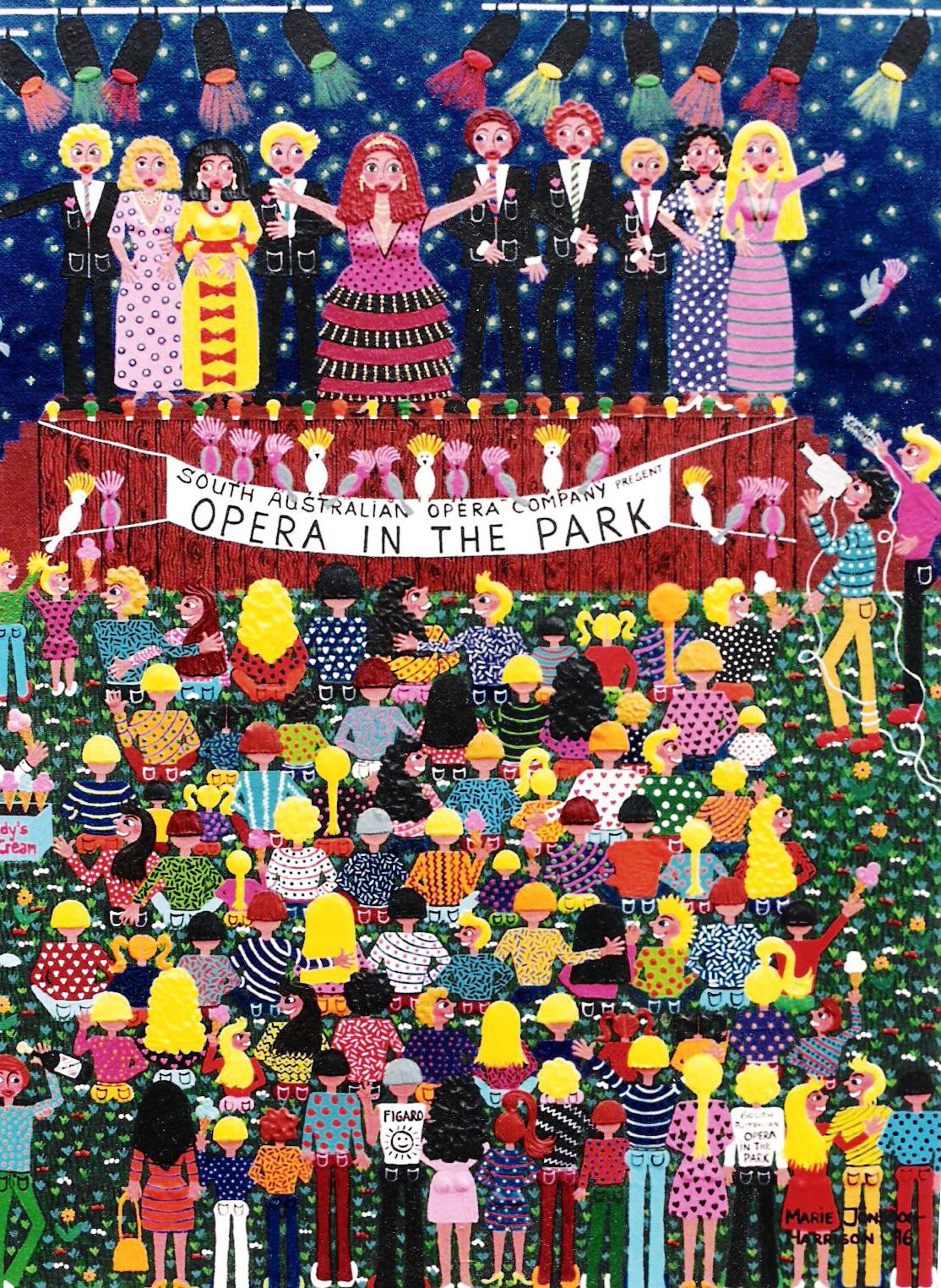 Opera in the Park

As the kids were growing up we believed it was part of their education to take them to all sorts of events and places, to try to expose them to as much culture as possible so this Opera in the Park was part of that.

I am not really an Opera lover myself but I do enjoy the spectacle of it once in a while and when the South Australian Opera company were presenting the free entertainment of “Opera in the Park” it was a wonderful opportunity to take advantage of.   It was held in Elder Park on a stage and the audience sat on the lawn in the grass, just wonderful as the sun set and the stars came out to play. 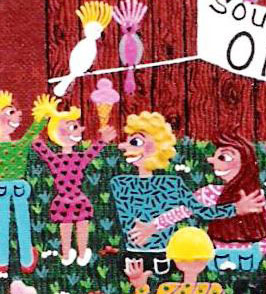 We are very lucky in Adelaide to have the whole city surrounded by park-lands, the city itself was set out by Colonel  William Light, a British military officer who designed it in a grid pattern with wide streets and lots of little town squares whilst he was the Surveyor –General of South Australia.  He is famous for choosing this area to put Adelaide on and his lovely design, which works very well even today some 170 years after his death of tuberculosis in 1839.  Today he rests in Light Square the only person legally buried within the town square.

Elder Park is in between the Torrens Lake and the Festival Theater and has a famous rotunda in the middle of it which was built in 1882, one which constantly is debated whether it should be moved to make place for some new idea and concept of the day.  It is very lovely and quite big with ornate lace and roof and is very popular for wedding s and photo opportunities of every sort.  My brothers (he is also an artist) band the Clowns of Decadence also played in the rotunda for a very worthy cause; against Vivisection during the 1990’s.

Elders Park is a very popular place to have picnics with lots to do for the whole family with cycling trails and cycles and paddle-boats for hire.  The river is usually full of water birds of different varieties and some interesting looking sculptures are now in the water – made to look like giant origami newspaper boats which add a childish playfulness that I love.

My philosophy has always been “to look on the bright side of things” and the “cup is always half full”  “It isn’t over till the fat lady sings” which has kept my spirits up during some harder times that we all have in life.  I was reminded of another great saying from Dev Patels character in the new movie The Best Exotic Marigold Hotel, which by the way looks really great and  follows a bunch of English retirees adventures in exotic India.

Any way what his always optimistic character Sonny says;

“Everything will be alright in the end, so if it is not alright, it is not yet the end”

Till next time happy painting and sculpting and perhaps singing to you all,