The title of this painting was inspired by Redgum’s song “I’ve been to Bali too” sung and composed by John Schumann. A man I greatly admire both for his music and also for his effort to make this world a better place and make us all think. 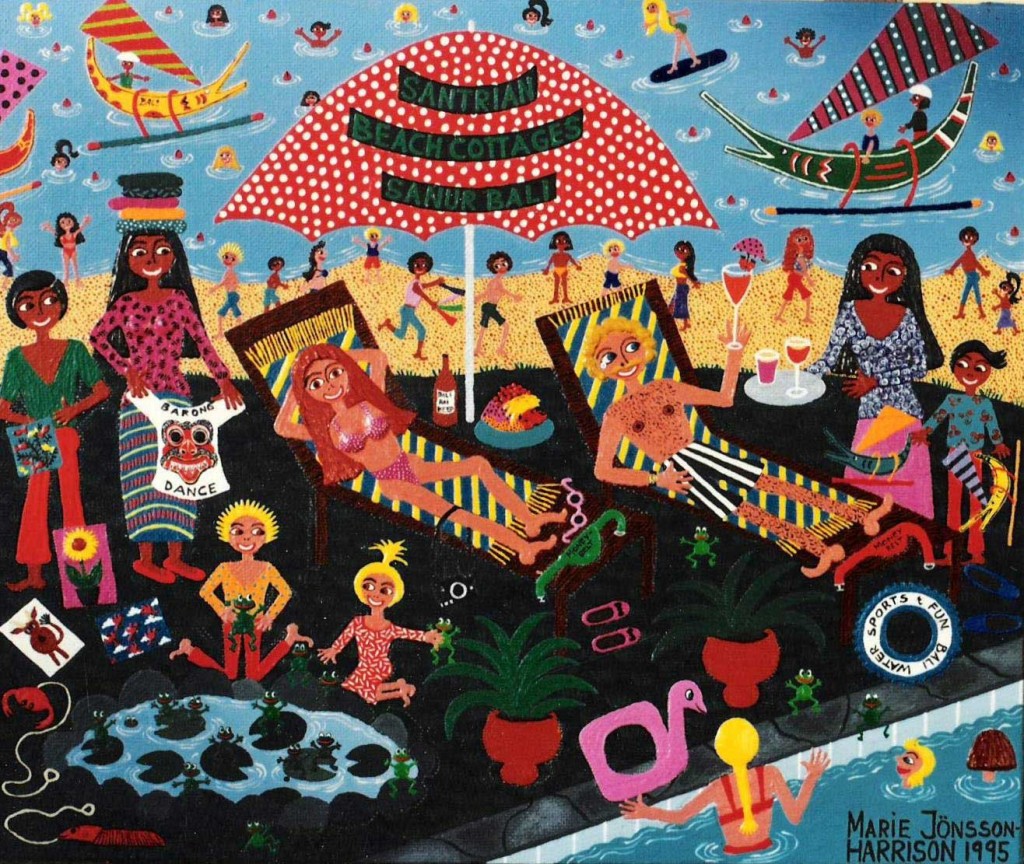 We've been to Bali too!

This artwork depicts the four of us on our first family holiday to the dream island of Bali, I think the kids were only five and nine at the time.  Bryan and I had been to Bali once already, before we were married in our early 20’s. If I remember rightly we went there this time, in the September school holidays and it all came about because of the very miserable school holidays we had in July of the same year.  All four of us  had gotten the flu and spent nearly the whole two weeks sleeping and huddled together in the TV room at the farm. Too sick to do anything much more than venture out to the kitchen and get us something to eat and then just lay and sleep and watch telly, four misery gutses! 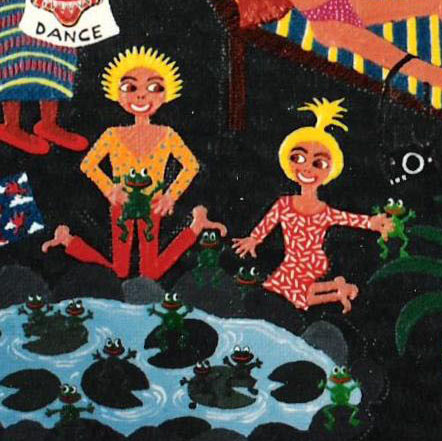 THE ART OF RECOVERY

Once we recovered and the kids were back in school I decided we must have a real fun holiday and make some memories together and obliterate that last miserable one from our minds. Bali here we come -our flight was great until the air hostess came around with the drinks service and gave everyone an orange juice in one of those plastic cups with an aluminum foil lid that you have to peel off yourself. Of course little miss Hillivi insisted on opening hers herself and it goes without saying that I thought that would not be a good idea and that I should open it for her.  However in the spirit of diplomacy and for the sake of the poor passengers overhearing this long discussion I against my better judgment let Hillivi open it herself whilst I for one moment turned away to sort out Kai.

What greeted me when I turned back was a little 5 year old girl-covered from head to toe in orange liquid, my- I did not realize one of those containers could hold such a lot of juice as to have her completely dripping wet!  The look on her by now very pouty face was also so priceless that we just could not hold back the giggles as those airhostesses worth their weight in gold came to her rescue with the serviettes and mops! 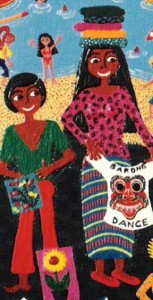 We had a stopover in Darwin where we headed for the first loo we could find to change Hillivis former lovely blue dress (now orange) into something more appropriate.   Thereafter  we did a few touristy things ; spending quite a bit of time on a crocodile farm which had us all fascinated, seeing the crocks jumping up into the air and catching their food which was dangling on ropes and then having dinner on the Darwin wharf. So back to the airport we go to board our Bali flight, the kids were so excited as it was their first time overseas flying to a new country and we were eager to show them the picturesque island that we had come to love previously. 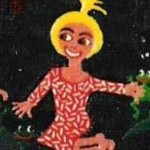 THE ART OF PERSUASION

But of course it could not be that easy could it-no of course not, now two hours before departure the customs fellow has decided that Bryans passport does not meet the requirements , admittedly there was a small crack on top of the photo as often happened with the old style passports.  However this passport had been sighted by a dozen or so officials at this point before this fellow in uniform full of his own importance thinks that the photo has been tampered with and starts to pick at the edges of the photo with a knife and making holes rendering it way worse.

Bryan gets called in for a full on interview and meanwhile me and the kids are worried sick.  When Bryan finally emerges he has been told that he can travel but does so at his own risk as most likely the Indonesian custom will put him on the first plane back home (the travel insurance would not cover this as now, we had been warned)leaving the kids and I to spend the time in Bali alone.  Fun, fun,fun in the sun,sun, sun-Not!

Well that put a dampener on our spirits, however we decided to give it a try as we have nothing to hide(and nothing left to loose) and with the broadest smiles we could muster got through the custom in Bali without a hitch and spent the holiday doing the one-finger-salute (metaphorically speaking of course) to the customs fellow who nearly ruined a perfectly innocent family holiday.

Just recently at a Christmas party I got introduced to John Schumann’s lovely wife Denny and proceeded to tell her how John and his Redgum music has inspired my art etc, whereby she ducks away and brings him over.  We had a lovely chat and he is just as inspirational in real life, and to boot –complimentary about my art too.

So all is well that ends well and this next quote by Samuel Johnson (poet and writer 1709-1784) fits well in here, in relation to that nasty customs fellow.

“Fear is implanted in us as a preservative from evil; but its duty, like that of other passions, is not to overbear reason, but to assist it.  It should not be suffered to tyrannize”

If you fancy a read of another art blog set in Bali here is a link 45.Happy Hour & Art