Funny isn’t it how life is, you go along and suddenly you have an epiphany, well in my case I just realized that perhaps I have been influenced by someone far away from my own upbringing in Sweden and later on in Australia. 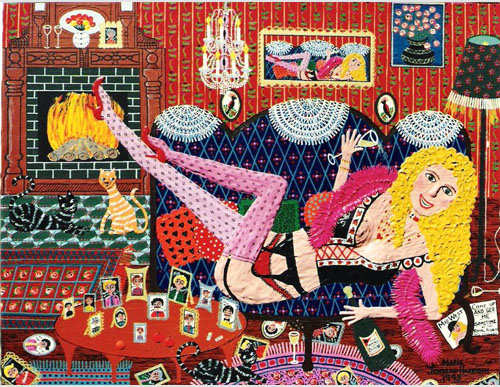 Is that a gun in your pocket or are you just glad to see me?

Mae West – how strange this realization is, but I have to say I have always admired her hutzpah , she was in the forefront of the sexual revolution and certainly one of the most outspoken and openly sexual women of her time.  This acrylic on canvas board painting “Come up and see me sometime” was inspired by one of her sayings, which I heard growing up.  This artwork can also be found on the E-card page of my website (free of course), so why don’t you send it to someone you fancy!

Mae West was 87 years old when she died in November 1980 after suffering a series of strokes and was buried in New York.  Her last film was made in 1978 called “Sextette” and co-starred Tony Curtis; you could say she was the original Cougar!    However it was her dry humor and quick wit with the sexual innuendos and her way at poking fun at the straight laced society that appealed to me.

For you who may not be familiar with the lady (but I am sure you still have heard and may quote some of her sayings) here is a brief run through of her life.

MAE WEST A WORK OF ART

Mae was born Mary Jan West in 1893, her parents earned their living in vaudeville (surprise, surprise) and she joined them by the time she was five years old.  She was billed as “The Baby Vamp” when only 14 years old and studied dance and later began to write her own plays.  One of her more famous plays was called “Sex” which landed her in jail for ten days on obscenity charges in 1926. 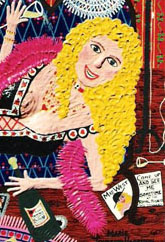 My god can you imagine how ahead of her time she must have been.   If you think about your own life and the outrage that would have attracted even as late as the 70’s, and really today too it would be controversial with the “political correctness “ creeping into everything that we say and do.

Mae made her Broadway debut in a play called “Diamond Lil” that she had written herself and caught the attention of one of the Hollywood studios, which later led to her first movie role. 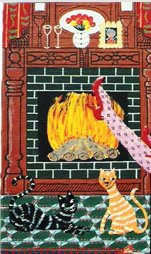 I think the movie was called Night after Night and in it she was able to show her incredible wit that was to make her famous all over the world.  She became a box-office smash and broke all attendance records.  Her next film “She Done Him wrong” was nominated for an Academy Award for Best picture and also helped to make Cary Grant a star.

THE ART OF THE SEXUAL INNUENDO

Mae was really known for her double talk (her sexual innuendos) which really came about because of the Motion Picture Production Code, which was established after her first two movies to regulate what was allowed to be said in movies.

As a result of these new codes, Mae very cleverly began to speak in double talk, so she could get around the censors.  By her double speak, the listener could take the phrase anyway they wished, quite innocently or perhaps with a more sexual connotation.  That is really what so appeals to me, her double speak, the hint of sexuality without it being overtly so.  I myself am not a fan of explicit sexuality whether it is visual or in the written context, but think it is great fun to play with just the slightest suggestion of it.    How ahead of her time she was, and I leave you here with a few of her more memorable quotes, as she lives on in the minds of many of us.

“Is that a gun in your pocket or are you just glad to see me?”

“Ten men waiting for me at the door? Send one of them home, I’m tired.”

After all that I am tired too, just got enough strength to say happy painting and sculpting to you all!

If you enjoyed this art blog you may also like this one 158. Fifty Shades of Grey in Art